Seth Lomison’s golf career has come full circle. He was part of the first “class” of junior interns from the First Tee of the (N.C.) Triad to play in the NHC back in 2011. Now a month shy of his 21st birthday he is the National Hickory Champion Golfer. Tied with 2017 Champion Bill Geisler after regulation play, Lomison won the sudden death playoff on the third hole, the 5-par ninth, with a thrilling birdie putt.

The 2018 edition of “The National” was contested over the Mound Golf Course in Miamisburg, Ohio. The 9-hole muni, laid out as a WPA project by an old Scot, Alex “Nipper” Campbell, was well received by players as was the clubhouse, catering and supporting staff.  The course is named for the adjacent 80-foot high prehistoric ceremonial Indian mound, which many of the golfers climbed during their off hours.

Lomison and Geisler ended level at 163 after 36 holes. A year earlier Lomison was second to Geisler and had another runner-up finish in 2016. A tie for third between Steve Simer and Billy Wardwell saw Simer earn a fourth third place NHC finish. Another junior, 16-year-old Drew White, representing the First Tee of Washington, D.C., finished in 5th place alone, only four strokes off the winning score.  Tom Johnson rounded out the top six in the Open Division.

In the Reserve Division (net) James Kaiser, Louisville, Ky., had a great outing including a one-under-par 73 (gross) on his second-day total. That score represents only the second sub-par round recorded in 21 NHCs, an accomplishment on any course considering the use of 19th century equipment. Following Kaiser were Bern Bernacki, David Reh, Bob White, Russ Ravert and Jim Jeselnick. Gillian Alexander was Women’s Champion. The former First Tee of Pittsburgh junior has played in five NHCs, winning three times. 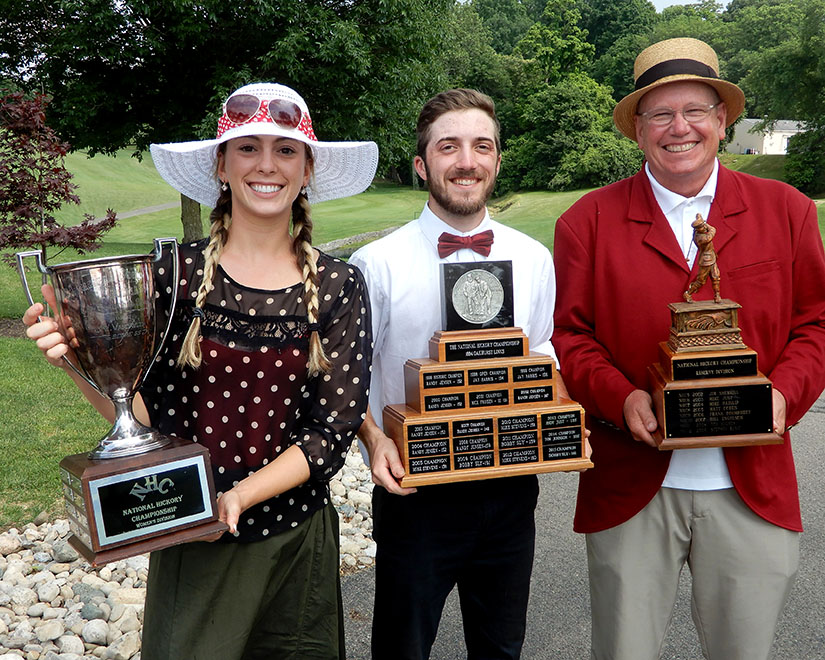